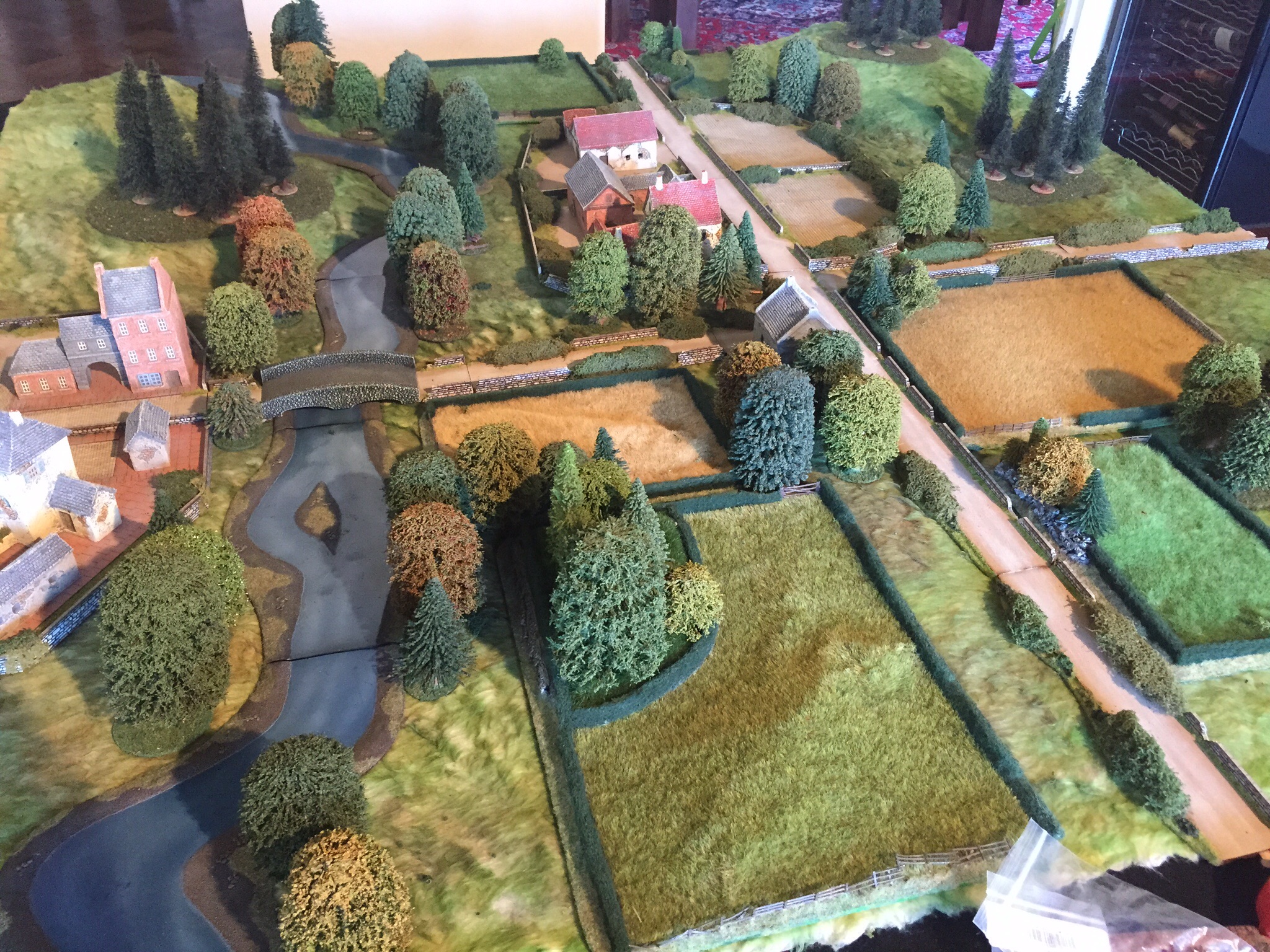 Played a game of Bolt Action in 15mm today. Was first game with my new Americans and with the town from Cresent Root.

The forces were not by army list or pointed, but instead what felt fair with the models available.

We played envelopment. In this scenario victory points are scored by the attacker for breaking through. The deFender scores by destroying attacking units.

The game ended in a 20 point draw. Was quite fun, particularly towards the end. All the recce units were tough for the Germans but their infantry is very good and they were able to rack up a lot of kills as the Americans made thier rush for VP at the end. One Reply to “Bolt Action in 15mm”