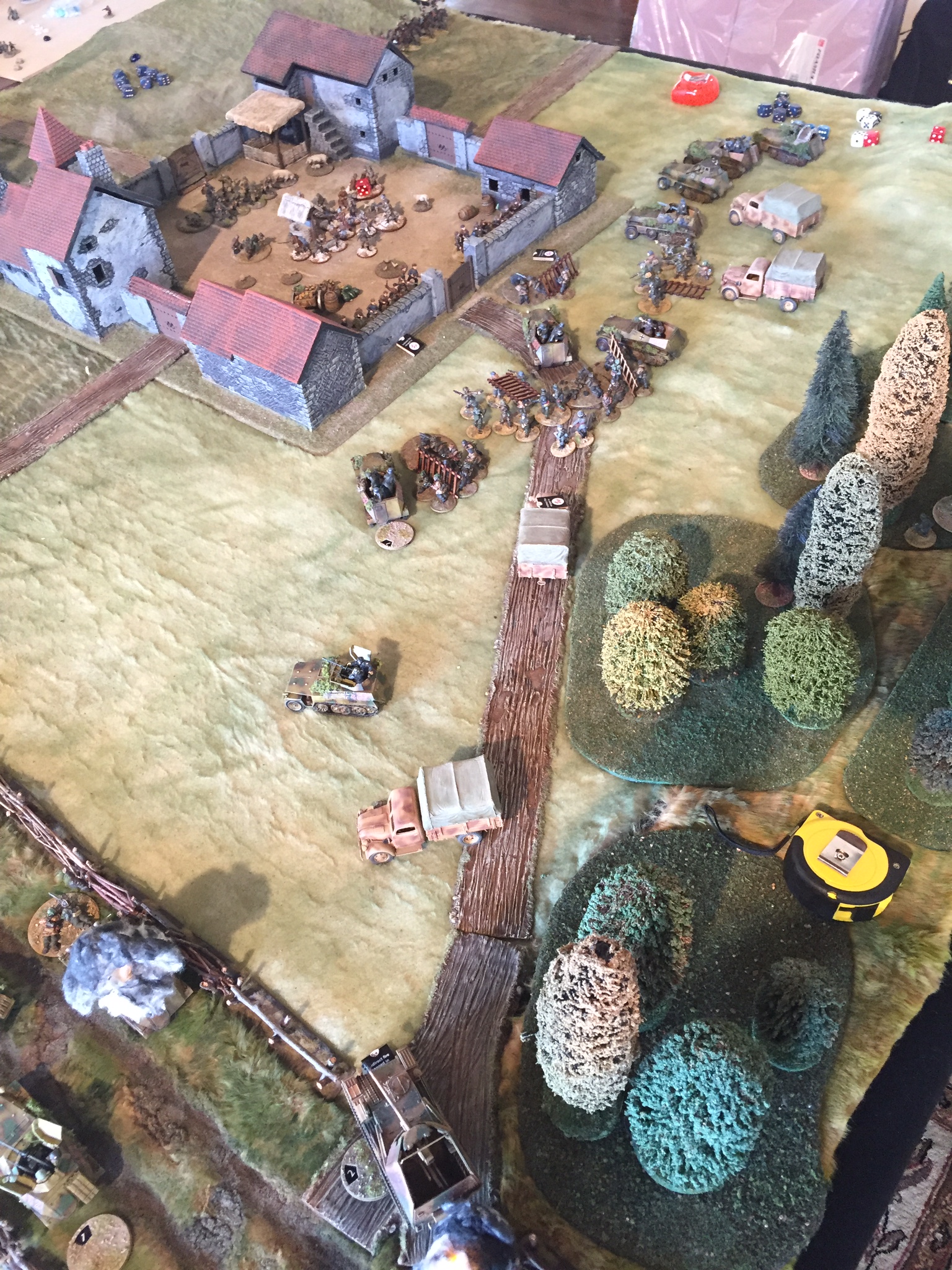 Here are some photos from the WWII Soviet vs German game we played just before Christmas.

We played two scenarios, at the same time, on the same table.

This worked well and was particularly interesting because of the asymmetry in the forces. The Point Defense scenario ended in a draw with the Germans taking one of the farms. The Envelopment scenario was a landslide victory for the Germans, in large part due to the number of small, fast sections they had.